Posted by Gwyneth Harold Davidson at 07:38

Fly Guy is an aviation adventure series targetted at a Young Adult audience. It is currently edited to run in a very short format with four episodes each episode being 500-words each. This was the requirement for the Youth Link the teenage publication of the Jamaica Gleaner. 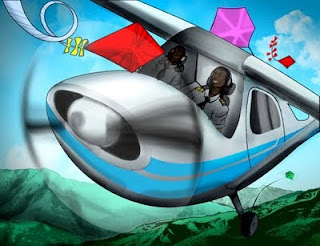 The full length series will run over seven episodes, with each episode being 2,000 to 3,000 words. In addition, there is an accompanying audio drama series made for five-minute slots.

The links below go to the website for the series where the complete text, audio and illustrations are laid out.

In the audio series, entertainer Farenheit plays the role of Christopher Khouri. He was interviewed on Power 106 with another actor in the series, broadcaster, Dervan
Malcolm.

I hope that you visit, visit again and enjoy each stay.

No Space For a Kite

If you liked this, you will also like Radio Silence. 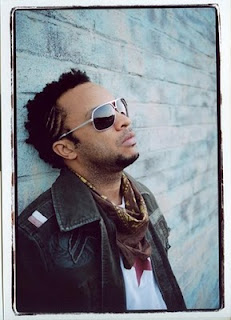 Bonus
Interview by Dervan Malcolm with Farenheit on the Downtown Kingston waterfront in front of the iconic, Negro Aroused statue.

Posted by Gwyneth Harold Davidson at 17:48

SPORTS STALWARTS CALL PAST STUDENTS OFF THE BENCH

SPORTS STALWARTS CALL PAST STUDENTS OFF THE BENCH

Move over prestigious service clubs, past students associations are now the place to show philanthropy and social responsibility.

It is only a few days into the new school year but men and women of sports are showing that they are not dropping ball, baton or catch as they rally support for the schools that nurtured them into the well-rounded individuals that they have become.

Executive leadership of these associations are securing pledges of cash and time to serve the students now enrolled in those hallowed halls and fields of learning.

Leading the charge are naturally those schools that have a long tradition of unbridled school spirit. Vice President of the St Hugh’s Past Students’ Association and Director of Compliance & Internal Control at the Financial Services Commission, Janet Johnson Haughton, has marshalled a team of past students to launch, with the blessing of new Principal, Deaconess Elaine Cunningham, the Big Sister Programme (BSP). Targetted at Grade 7 students, it aims to help them to identify personal goals and to learn how to balance serious study and wholesome play.

Johnson Haughton, who played on the Senior Squad at the Netball World Championships when she was just 16, says that the programme is intended to complement the mentoring programme of the Association and to encourage discussion and activities in the areas of: civics, etiquette, care of the environment and the home, family life, modelling, public speaking, relationships, tolerance and conflict resolution, careers, African history and volunteerism. To date, 30 past students have registered and there are plans to include overseas alumnae in sessions using the Internet.

Working alongside her is UWI Lecturer and language specialist in the Department of Educational Studies, Joan Spencer Ernandez and Jamaica Millennium Motoring Club champion Lady Driver and IT professional, Gina Tomlinson. The call is being made in diverse ways including the the St Hugh’s High School Alumnae Association Facebook website and also the Unofficial St Hugh’s Hugh School Facebook website, reaching more than 2,000 individuals.

On Saturday September 17, IT Professional and veteran track and field coach, John Messam, announced a similar programme at Calabar High School as a way to regularly expose his boys to positive male role models. Mr Messam said that the goal is for each class to be adopted by a past student. A tangible output of this programme is that the interior of each classroom will be maintained by the boys and their mentors, including having it freshly painted.

Mr Messam, a former national junior record holder in hurdles and current president of the Calabar Old Boys' Association suggested that the school's culture of balance and excellence could not be passed on by legislation but by the interaction of fathers with sons, brothers with brothers, old boys with present boys, and in former times, boarders with day boys. He insisted that all the boys needed to progress academically and needed spiritual nurturing and that interaction with old boys through the mentorship programme was a key first step. He felt that this was critically important for Jamaica as it was the preservation of a way of life.

President and Chief Executive Officer of Pan Caribbean Financial Services, Donovan Perkins, who was the guest speaker at the dinner endorsed the call for a balance of academics and sporting involvement of boys; Mr Perkins was a player on the legendary 1977 Calabar football team which brought the school it first Manning Cup Championship. In his address, Perkins said that it was important to ensure that boys got a chance to learn and he pledged $1 million of his personal funds to start a Scholarship Fund for deserving boys. He was supported by fellow classmates Kerby’s Hardware Executive, Mr Charles Phillips; Real Estate Consultant, Mr Emile Findley; Executive Director of the Planning Institute of Jamaica, Dr Gladstone Hutchinson and Chief Parliamentary Council, Mr Albert Edwards.

Captain of the National Combined Martial Arts Team, Jason Mc Kay, who was one of the three past students honoured at the COBA dinner gave the ultimate pledge that he so loved Calabar that he is preparing his only son for his old school. He is doing his part as he coached Calabar to become the national schoolboy champions in Tae Kwon Do.
Posted by Gwyneth Harold Davidson at 16:53

Ajay opened his palm and the Ether pill fell straight into Mother White gully. He wanted to be somewhere familiar and reassuring until he got tired so walked straight to the cemetery, his second home.

He paused at the entrance and allowed his hearing to decide which section of the May Pen memorial park he would sit that evening. Music from the Amphitheater brought strains of "glory, hallelujah". Brass, keyboards, plucked stringed instruments and percussion meant that a jazz show was on the Rose Garden Bandstand. A one-stroke bounceabout compressor engine and children's laughter said that The Rotunda was booked for a kiddies party.

A group of joggers passed him and mixed with their acrid vapour was a terribly attractive scent.

Ajay's skin pimpled, and he breathed sharp and deep trying to catch every available whiff. The joggers, four middle aged persons, were now many paces away, but this fresh, sharp, eerily intoxicating scent lingered and came in strong, new waves. He stretched his neck, caught the direction and strode across rows of resting plots to get to the source of aromatic beauty.

The rose garden was laid out in the same year he started his apprenticeship. He knew every inch of it well, had nurtured the root balls of most of the strong healthy plants and also sat throughout many concerts hosted there; but until today, always under medication. Being two doses free of Ether had made this wonderful experience available to him.

It was not hard to skip the dosage as his behaviour record had been clean since he was ten years old; the nurses trusted him to take Ether unsupervised.

The Pot Heads told him that he would feel more alive without the pill; that he would be aware of his senses and experience his feelings more acutely. They were right. Now he ate for taste and not for hunger. He arranged his shirt in his trousers a little differently because he liked to see how his jeans fitted. He Deejayed to himself while while he worked, pleased with making a rhythm as he clipped hedges. He was also shocked when anger overwhelmed him. Last week he became upset and forced himself to sit in a quiet place for half an hour while he regained his calm.

Ajay did not want to become a Pot Head. Those were the ones who took the Ether and then forced it out of their bodies by drinking an elixir of powdered metal and selected roots in a heavy bottom pot. The concoction freed up the limbic part of the brain to express emotion as it wanted and gave the Pot Heads the senses that they craved, even as the metals destroyed their renal systems.

Pot Heads made mothers cry twice. They cried once when their sons were certified as having chronic limbic disorders, making them lifelong clients of the Boysave clinic. Now they were crying as their sons' struggle to live beyond the drugs made them renal patients.

Admitted at the Horizon Boysave clinic after a series of violent behaviour and emerging criminal activity, Ajay is an example of the country's admirable 99% success rate for Boysave clients who had no relapses into negative behaviour. They were reknown as docile workers who did not object to manual or repetitive labour. The crime rate was negligible and remand and correctional centres had been re-purposed as Ether clinics.

Ajay searched for the source of the scent among the roses and found it sitting on a beach towel wearing a sexyfloaty dress. He stood downwind from her, enveloped in music and scent. If this was what life without his pill offered, he might be a Pot Head soon, he thought. Living in Ether was no life.
Posted by Gwyneth Harold Davidson at 17:46