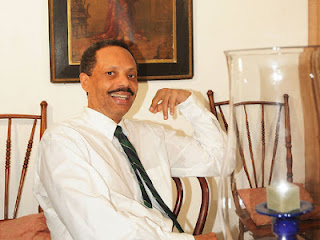 Posted by Gwyneth Harold Davidson at 13:25

With Justice - The Baton Decision

I attended my first Boys and Girls Athletics Championships last night, March 31 2012 in the National Stadium, Jamaica. This nation awards a high level of support to youth track and field events; and the young people, in turn dazzle spectators with their passion and talent.

Below,  is a republished a story inspired by the athletic achievements of National Hero, Norman Manley, below.


With Justice
The Baton Decision


Archdeacon Simms, the Headmaster of Jamaica College, tapped his fingers on the table, but was otherwise still, even his breathing was slow and low. A wave of warm air blew into the open-sided tent, and with it the chatter and laughter of the few hundred spectators who came out to see the first renewal of the Jamaica Schools Championship at Sabina Park.

Around the table were the school's Sports master, other House masters and the Head Boy. Also there was the school's star athlete, Norman Manley who was recovering from winning the heats of the Class One 100-Yard Dash by drinking a tall bottle of water. The Sports master finally spoke, deliberately measuring each word to match the importance of the moment.

"Overall, Headmaster, we are in third place: nine points behind Wolmers, five points behind St George's College," he tried to keep his anxiety in check, deliberately not looking at Norman. "There are three events left to go. We can, at best, place third place in the Long Jump - that is one point - and that is an event that will widen the gap between us and the leaders. Mr Manley is the favourite for the 100-Yard Dash - that is five points for us. The best chance that we have of taking the championship home to Old Hope Road is to win the 4 x 100 Relay. Headmaster, we need to field our very best sprint team."

The conversation paused as they were distracted by a loud cheer that swept the wide expanse of the grounds. Spectators at the Wolmers side of the park found new energy to wave their maroon and gold flags. Their athlete just won the Class-One Long Jump, pulling them further away from the pack.

Sitting in trees or on carts or simply standing around, hundreds of citizens of Kingston who had taken the afternoon off to watch the sports day were also reacting with excitement.  Near to the Jamaica College tents, men and boys hailing from Half-Way-Tree, Matilda's Corner and straight up to Mona and Gordon Town patiently waited on their next opportunity to bruk out - that would be when Manley leaned for the finals of the 100-Yard Dash.

The first staging of the athletics meet the year before had gone exceedingly well and was so completely covered by the press that the renewal was highly anticipated by the entire city. Even members of the exclusive Kingston Cricket Club, whose grounds they were using, had left their plantations and offices to enjoy an afternoon of sports. Everyone had their own declared favourite team, but they all came out to support the boys.

The Headmaster considered Norman. This boy was the single most important reason for their sporting achievements last year and also these games. Aside from his own personal achievements, he motivated the boys to push their own expectations of themselves higher and to embrace discipline and effort. At this moment, the weight of the school's success at these games rested on his 17-year old shoulders.

"How would you select the relay team Manley?" Headmaster Simms asked.

"Sir, I think I could run a leg..." Norman started, but was interrupted by the Sports master.

"Yes, yes, that is a given assumption Manley. Who else?" The man was nervous.

"William Scarlett on the first leg; he is fast, but he cannot chase. Robert Beckford Yeats on the last leg; he flies when he gets the baton, but can also lose focus and drop the baton during a pass. I will run third and plant the baton in Beckford Yeats' hand."

Norman paused because the real reason for the anxiety was his decision on who would run the second leg and pass the baton to him.

"Why do you not have the Class 2 champion, Kingsley Millingsworth, or our mile runner, Louis Beckford Yeats?" The Sports master wanted to know.

Norman replied: "They are good strong runners Sports master, but I do not know how they will perform in the relay."

"Explain that Manley," The Headmaster ordered, but also continued. "Millingsworth and the younger Beckford Yeats have performed marvellously for this school. They have helped us to collect medals in cricket, shooting, boxing, they are True Blue boys and always willing to serve. Why won't you have them on your team?"

"They did not come to training, Sir; Taylor Grant did," Norman said simply. "It is because of him we always had a full side to practice baton changes and know the abilities of every leg of our team. It is fair that he gets the chance to run for J.C today," Norman ended quietly and firmly.

His Headmaster without pressing too much, rejoined: "Son, the entire J.C. community wants this win and are depending on us to make the decision that will be in the best interest of the school. I want you to also think about that Norman, but the final decision we entrust to you."

Norman straightened his back and met every gaze under the tent.
"I am motivated by my school's prayer: Create among us the spirit of comradeship and loyalty to one another. When we are called to rule, make us rule with justice. That is my guide for the decision to give Taylor Grant the second leg, Sir."

The announcer called for the finalists in the 100-Yard Dash and Norman left the tent.

He took his place behind the whitewashed starting line. He wanted the championships win as deeply as anyone else in the school, so he had to stay in the moment and do his best to win this race. The other five boys at the starting line were fast, but Norman decided to put them on the offensive by leading from the moment the gun gave them their release.

There was a clean start and Manley heard the boys to his left and to his right breathe and stride with determination; but he pushed harder, stayed relaxed, and burst the tape for his school. Not staying for the result, Norman jogged back to his tent, beckoning the relay team over as he did.

The rejected Millingsworth, the younger Beckford Yeats brother, Father Beckford Yates and some old boys were also there.

"Manley, the old boys said that it is too close to play around with a victory," younger Beckford Yeats said. "I know how to change baton with my brother, I can run third and you can do the second leg."

"We can't distract the team now gentlemen. We have a good team for J.C. that we are going to run," Norman said.

"You going to deliberately lose," said Millingsworth, "And for what Manley, to spite us? We were doing other activities for J.C. and you know it! Don't play around."

The simmering merriment of spectators outside just then burst into bubbling shrieks and excitement. The Sports master ran into the tent with the widest smile of the day.
"A national record! Manley, you ran the 100-Yard Dash in ten seconds flat. It's official!"

Norman nodded and pulled his relay team away from the hubbub; he would celebrate later.

With one event left to go, the points standing had Wolmers in the lead with 26; St George's second with 24; and Jamaica College with 17 points. Their only chance of the championship was to win the relay and hope that the other two front runners did not place.

The starter's gun found Scarlett off the line first, just as he promised. He ran a beautiful leg and handed the baton ahead of the others and safely into the hands of Hugo Taylor Grant. Although he got a good lead and anyone watching could see that Hugo put his whole heart into his duty, the legs of the Wolmers, St George's, Potsdam, New College and Mandeville Middle School boys left him behind. Hugo plodded on, his eyes locked into those of his captain Norman Manley, filling those unforgiving moments with every ounce of running effort that he could muster. Only when Hugo was one stride away did Norman, in blind trust, turn his back leaving one arm outstretched, palm open. When the wooden tube was solidly in his palm, Norman closed his fingers around it, and activated his limbs came into action, and focussed on closing the distance that he had been given.

When Norman passed the baton to Robert Beckford Yeats, only two teams were left to pass; Norman had regained third position for JC. Robert managed to clip all but the man from Potsdam.

Nervously, the Sports master and Father Beckford Yeats - an old boy himself - added up the points. Jamaica College, 24; St George's 24; Wolmers 26. They were disappointed; but the referee was calling the Jamaica College Headmaster over. The official count added three extra points to Jamaica College for achieving the new 100-Yard Dash record.

Headmaster Simms wanted Norman to be at his side when he received the Olivier Challenge Cup. Sir Sydney Oliver agreed that it was appropriate to wait a few minutes and allow the boy to be hoisted on the shoulders of the public celebrating on the dusty grounds of Sabina Park.

Posted by Gwyneth Harold Davidson at 07:05