Young Heroes - Jamaica's National Heroes as you never knew them 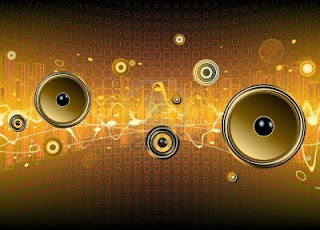 Nanny, Sam Sharpe, Marcus Garvey and the others as you never knew them....

October 13, 2013
A new audio fiction series Young Heroes will present Jamaica's National Heroes as you never knew them before.

Inspired by the lives of the National Heroes, the seven, five-minute episodes will be aired across Jamaica Information Service (JIS) programmes during Heritage Week 2013 (October 14 - 20).

Scriptwriter Gwyneth Harold Davidson says that the stories are intended to be small adventures with the underlying theme of patriotism.

"Jamaicans are so fortunate to have highlighted and upheld seven remarkable people, from different eras in our history, whose lives remind us of the type of characters that built our nation. I have visualized each National Hero as a child or as a young person, and placed them in their own time, with a challenge, and we will see how they emerge," Harold Davidson said.

"I have also used verses from our National Anthem as the starting point in the development of each episode. For example, Eternal Father, bless our land" is the theme for Nanny as she is from the Windward Maroon nation, and the maroons lived very close to the land. Justice, truth was for Norman Manley as he made his name and fame as an attorney-at-law," Harold Davidson said.

The series features fresh new voices including child actors and the writer noted that the young talent impressed her, "Our country is bursting with natural talent, so it was not hard for me to find children around me who had the sound that I wanted to infuse in the heroes, and who also had a good work ethic and the agreeable demeanour to take on this new challenge and to excel."

The series was recorded in the JIS radio studio under the executive direction of JIS Radio Manager Lorraine Walker Mendez, the studio engineer is Joel Samuels. The recording is one of many special activities being done during the 50th anniversary of the organisation.


Each episode will also be unveiled during Heritage Week on Harold Davidson's YouTube channel featuring original illustrations by artist and designer Taj Francis.


This is Harold Davidson's second audio series following the four-part Fly Guy - stories of a Jamaican aviator, which is available YouTube and Soundcloud; and also as the e-book Papa Romeo on Amazon.com.

Young Heroes is itself excerpts from Harold Davidson's young adult book Raising Ramiro which is also an e-book on Amazon.com.
-30-

Posted by Gwyneth Harold Davidson at 17:37