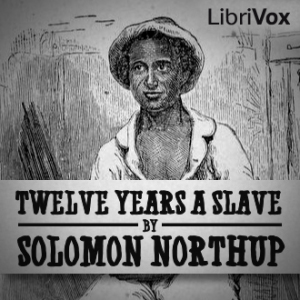 MY THOUGHTS ARE STILL EVOLVING ON THIS ARTICLE


Librivox Recording of Twelve Years A Slave
"I don't want to survive, I want to live.” ― Solomon Northup, Twelve Years a Slave

This is a slave narrative and I listened to it on LibriVox narrated by Rob Board. The quality of the recording was very good and, for me, the narrator's British accent did not detract from his skill as an evocative reader.

I would agree with the comment that although this is a narrative, the book "reads" like a novel. Northup includes not only detailed descriptions about what happened to him and the general lifestyle of places where he lived before and after bondage, but he also provides his reflections on the internal thoughts and feelings of the persons around him.

One often quoted passage from the book that shows his capacity to reflect on the motivations of the people around him is: "It is not the fault of the slaveholder that he is cruel, so much as it is the fault of the system under which he lives. He cannot withstand the influence of habit and associations that surround him. Taught from earliest childhood, by all that he sees and hears that the rod is for the slave's back, he will not be apt to change his opinions in maturer years."

My reading caused me to think that Northup seems to be more naturally inclined to be immersed in the emotions of the enslaved and free women who were around him, in contrast to the many men who actually influenced the course of his life.
One example is the enslaved woman Eliza whose harrowing experience is detailed. Eliza was removed from being the recognised "wife" of her owner, sold into miserable slavery by his debtors and then having her beloved children removed from her protection. Northup describes her rapid decline from being a regal woman with a "natural intelligence" that was "broke with the burden of maternal sorrow," before she died of heartbreak.

Patsey, who he met on the plantation was "a joyous creature, a laughing, light-hearted girl" even though she constantly endured severe abuse from her owner and his jealous wife in addition to carrying her burden of hard manual labour. When Northup was removed from bondage Patsey was genuinely happy for him, even as she lamented her own situation. “Oh! Platt, you’re goin to be free – you’re goin’ way off yonder where we’ll neber see ye any more. You’ve saved me a good many whipping Platt; I’m glad you’re goin’ to be free – but oh! De Lord, de Lord! What’ll become of me”.

Northup even observed, with sensibility, the estate owner's wife Mrs Epps. Even as he detailed her jealous malice, he wrote, "In other situations – in a different society from that which exists on the shores of Bayou Boeuf, she would have been pronounced an elegant and fascinating woman. An ill wind it was that blew her into the arms of Epps."

More than any other theme in the book, I am reminded that society's suffer when its population is not developed. Lack of innovation holds a society back from natural advancement. Northup's education and life experiences before he was enslaved, enriched his slave society, gave him whatever advancement he could achieve, and also saved his life.

These skills included: playing the violin well; transporting logs down a river using a cart and a raft; carpentry in building and in making an angled axe handle; his ingenuity in creating a fish pot; and of course that he was literate.

A society that does not develop its people, I think, is at greater risk of becoming dismantled and assimilated by stronger societies. It has been documented that in the English speaking Americas, the ratio of enslaved to free citizen was sometimes 10:1. Based on descriptions by Northup, the enslaved far outnumbered the free white people; the entrenched system that underused human potential crippled that very fertile and pleasant area.

The Southern states of the USA, during the centuries of plantation slavery, put themselves at a clear disadvantage, in part, because their enslaved people were not educated, and their free citizens devoted their time and effort to maintaining the debasing system of slavery.

Despite generating great wealth and comforts for the overlords, could it be successfully argued that these societies led the USA in the advancement of their civilization in philosophy, science or art?
It was not the South where the teeming masses from Europe headed when their own societies had not provided opportunity for advancement.
The effect of inducting children in maintaining the slave society was shown in Northup's description of the attitude of the estate owner's young son towards an elderly enslaved man.

"Epps' oldest son is an intelligent lad of ten or twelve years of age, it is pitiable, sometimes, to see him chastising, the venerable Uncle Abraham." This behaviour reinforces the system of wasting away the spirit and talent of vibrant, but enslaved people.
The economic system that supported slavery produced inter generational "habits and associations" that went beyond commerce and were infiltrated a growing country. These thoughts caused me to recall other books that offer descriptions on the theme of habit and associations, and how they helped or hurt societies.

Going back to the upbringing of the son of estate owner Epps, this is in direct opposition to what is retold in the book of Daniel in the Bible, where a Babylonian king, Nebuchadnezzar, insisted that talented enslaved boys, like Daniel and his friends, were given the very best education, because he saw where they could help to develop his society.

Using the King James version, just for nostalgia, Daniel 1 verse 4 says the leader asked for, "Children in whom was no blemish, but well favoured, and skilful in all wisdom, and cunning in knowledge, and understanding science, and such as had ability in them to stand in the king's palace, and whom they might teach the learning and the tongue of the Chaldeans."

Of course, the visible difference that race presents in the slave systems as practiced in the Americas, may not have been a factor between the Babylonians and their vassals.

Within her enormous world of domestic life, Jane Austen would have agreed that the influences on the young son of the slave owner and his mother who was spiteful in her treatment of an enslaved rival would have become a part of his character.
In Mansfield Park she said, "Children of the same family, the same blood, with the same first associations and habits, have some means of enjoyment in their power which no subsequent connections can supply; and it must be by a long and unnatural estrangement [...] if such precious remains of the earliest attachments are ever entirely outlived."

Dickens whose writing puts him both in the camp of voice of the oppressed and also of being a racist in December 1943 had his book A Christmas Carol published. In one scene the Ghost of Christmas Present reveals his emaciated and hideous children Ignorance and Want with a discussion that evokes the importance of society to see to the welfare of underprivileged children. Ten years later in 1953, Northup's words seem harsh where he describes the enslaved Mary but jar in harmony with that of Dickens. "Brought up in the ignorance of a brute, she possessed but little more of a brute's intelligence." This is another literary observation about the nurturing and education of children and of people whatever their abilities and situations.

James Gatz, before he became Jay Gatzby in F Scott Fitzgerald's book  The Great Gatzby learned that he did not have the habit and associations that were needed to put him into contact with a higher social status, so he invented them and then cultivated them until it drew him to the woman that he loved. He also loved her because of her association with money and the powerful men that possession of her represented. "It exited him, too, that many men had already loved Daisy - It increased her value in his eyes."
Twelve Years A Slave reminds us of the dangers of stagnation and neglect of populations of people. Societies that do not provide opportunities will not advance, but will lose their most talented and most ambitious citizens to ignorance or to some form of migration.
The book ends on a positive note when Northup is restored to his freedom and reunited with his family. When it was published, the book was popular and it supported a general discussion on the evils of slavery, but unfortunately, the discussion did not result in dismantling of the slave system by peace, but it was ten years later through armed strife in the American Civil War.

The effects of the entrenched slave system are still being felt today across regions where enslavement for economics was practiced, and still too much human potential is still not being realised.
I think that this book is a good addition to a Young Adult reading list.
-30-
The Influence of Habit and Associations - other books
﻿
Posted by Gwyneth Harold Davidson at 11:27